Hey gang, miss me? I appreciate all of your continued support, and your patience as I took some time away from the blog. There were some recent developments in my life that required my full attention, but now I'm back to continue giving you all the good word. And in my first post back in the blogosphere I have the honor and pleasure of digging into the now one-month-old album Dragons by Clint Slate.

The album was described to me as "created using the cut-up technique and merging rock, pop, folk, electro or hip-hop to generate a truly unique identity." Truth be told, I am no artist; I am merely a humble music fan and amateur critic. That said, the term "cut-up technique" is completely lost on me. I have no idea what it means. If anyone can tell me more about this technique, please feel free to drop a comment below, or email me, or leave me alone in my confusion and bewilderment. Of course, I could Google it, but what fun is that? Anyway, my immediate response to this description was fear and worry. Merging that many different sounds together would just create a really busy and confusing genre salad, wouldn't it? Well, apparently not.

Going through this album, the general sound actually works quite well. It's quite unlike anything that I have heard before. There is some beauty to the unique, almost strangeness that each song has. Each song on the album is wildly different from the next, but it is in their differences that the similarities come out. Or perhaps it is in the similarities that the differences come out. Confused? Good. Me too. What I mean to say is, I'm not sure I can pinpoint what genre this actually fits with. I can really dissect the songs and hear the elements of rock, folk, electro, pop, even hip-hop that the artist mentioned. Just in the first track alone, the song starts as some kind of electro-hip-hop sound, then seemingly out of nowhere transitions to a light rock song, just before the 1:00 mark. I even looked at Lady Synic and told her "I can't believe this is the same song." ....maybe that's the cut-up technique? And just to revisit the previous paragraph, where I talked about the confusing genre salad, some of the songs on this album remind me very much of UK first wave alternative, so I wanna toss some of that into the mix. Just think Depeche Mode, Tears For Fears, English Beat, etc. See "Dead Noise" and I think you'll get it.

What shines on this album, aside from its eccentricity and variety, is the mixing that the artist achieved. Each song is balanced damn near perfectly, I don't find myself ever wishing that something was turned down a hair, or the vocals were louder. The artist and engineer clearly spent a lot of time polishing this record, and it shows. What I think would be beneficial for the artist to work on, however, is exercising his vocals and practicing new techniques. His voice works with the sound of the album quite well, don't get me wrong, but there are times when his singing just seems to reset to default, and he falls into this single tone, single tempo style. Which certainly works from time to time, but with all the unique variance in the instrumentation here, I found myself looking for that variance to be paralleled in his voice. And in a couple of the tracks, like "The Sixth Trip Plan," he delivered. But I think the album deserves more.

My closing remark is just to say that I was pleasantly surprised by this album. There truly is a little bit of something for everyone on Dragons. If Clint wanted to sprinkle in some punk, metal, and blues on a future release, He would truly become a sonic Jack-of-all-trades. A Clint-of-all-genres, if you will. 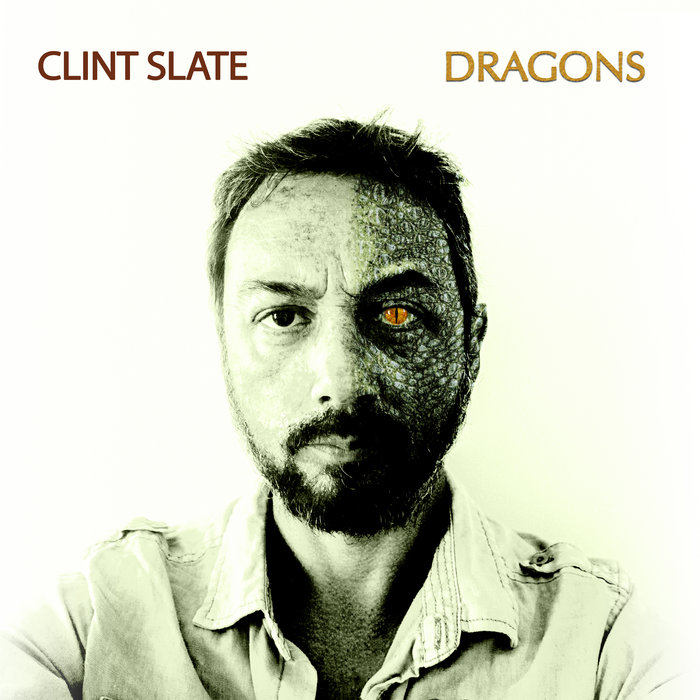 Synic
If you're in a band and want an unbiased asshole's opinion of your music, send me your stuff! Or send general record requests, general comments, or just say what up to SynicSpins@gmail.com